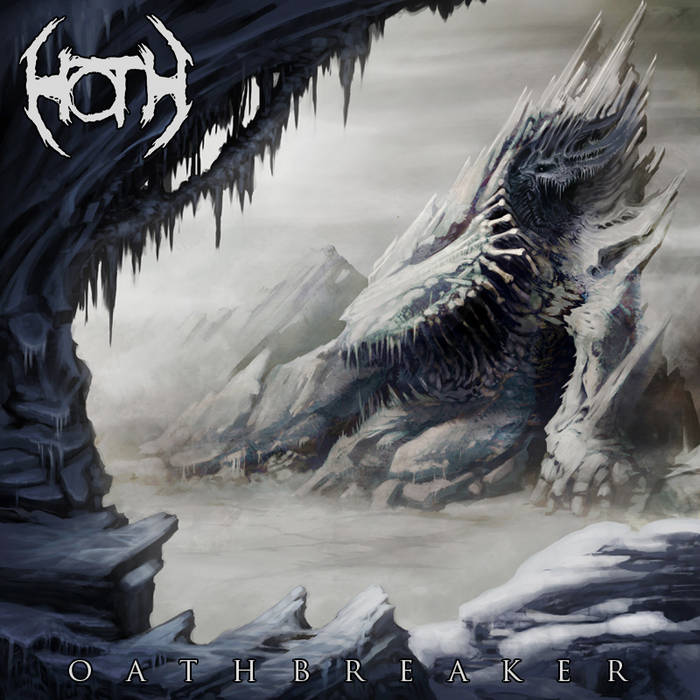 TheKenWord2017 Hoth's debut meloblack opus thoroughly grounded in Star Wars deep lore impresses on every level. May the force be with you. Favorite track: Oblivion.

Ryan Fox Late to the party, but hey, this is a pretty excellent followup to the first album. They've matured their sound and really just gotten better at their craft. Hoth is not the most brutal, relentless extreme metal band out there. And frankly, I'm kind of glad for that. Instead of trying to destroy the listener, they focus more on telling a story through music. This is damn good stuff.
more...

Bugg-Shash, the Filler of Space

Oathbreaker is a concept album. We don’t want to give away too many details concerning the story; we want you to experience it for yourselves. However, we can say that this album follows the story of an individual from his conception and follows him down a path that grows darker and darker. In fact, this was the influence for the album. We wanted to create something that sounded mighty and hopeful in the beginning but spiraled into dreary, black despair by the end. Each of the songs on the album compliment the following and preceding tracks to weave a complex story of broken hopes, evil, and corruption. The beginning of the album will fill you with an anxious hope, because as the listener you will be able to sense the undertones of corruption and impending ruination, and by the end of the album you will experience the same agony that our central character feels. Oathbreaker is a melancholy, but powerfully beautiful journey into isolationism but also tackles the grander concepts of the eternal conflict between good and evil.

This album was conceived in the cold, bleak winter months of 2013. Many tracks went through revisions and rewrites, some seemingly solid ideas were scrapped because they did not tell the story we wanted to tell. Sometimes we would have to go back to a song months after we had recorded it to change a part, add a part, or take away a part. When you listen, you are hearing our vision come to life. This is the consummate Hoth album. Oathbreaker will prove to be a strong album from beginning to end, no corners cut, no filler tracks. Each song on this album is unique and possesses strength enough individually to stand on its own, but they also complement each other: sharing ideas, themes, and feelings. Oathbreaker has both haunting melodies and crushingly brutal passages that will be memorable for years to come. The writing on this album was a truly collaborative one, both of us, with a clear goal in mind, were able to share ideas back and forth, build off one another, and explore Oathbreaker’s themes with a joined perspective.

One of our goals was to have someone unfamiliar with heavy metal be able to approach the music on Oathbreaker and still come away with the same feelings of coldness and darkness that we set out to evoke. We feel this is something we have accomplished, for the story Oathbreaker tells is a timeless one. Enjoy.

Hoth is Eric Peters and David Dees.
All music and lyrics written by Hoth.
Performed and recorded by Hoth in 2013.
All songs (c)2014 by Hoth

Special Thanks to Krystal Robinson, Katie O'Rourke, and Megan Minkema for their various contributions to this endeavor. And an extra special thanks to all of our fans.

Hoth hails from the icy blackness of the void seeking to envelop this world in an unending permafrost by bringing forth musical compositions that are captivating, powerful, and haunting.

Bandcamp Daily  your guide to the world of Bandcamp

Interviews With Butcher Brown and Slauson Malone, plus LP of the week by SAULT.